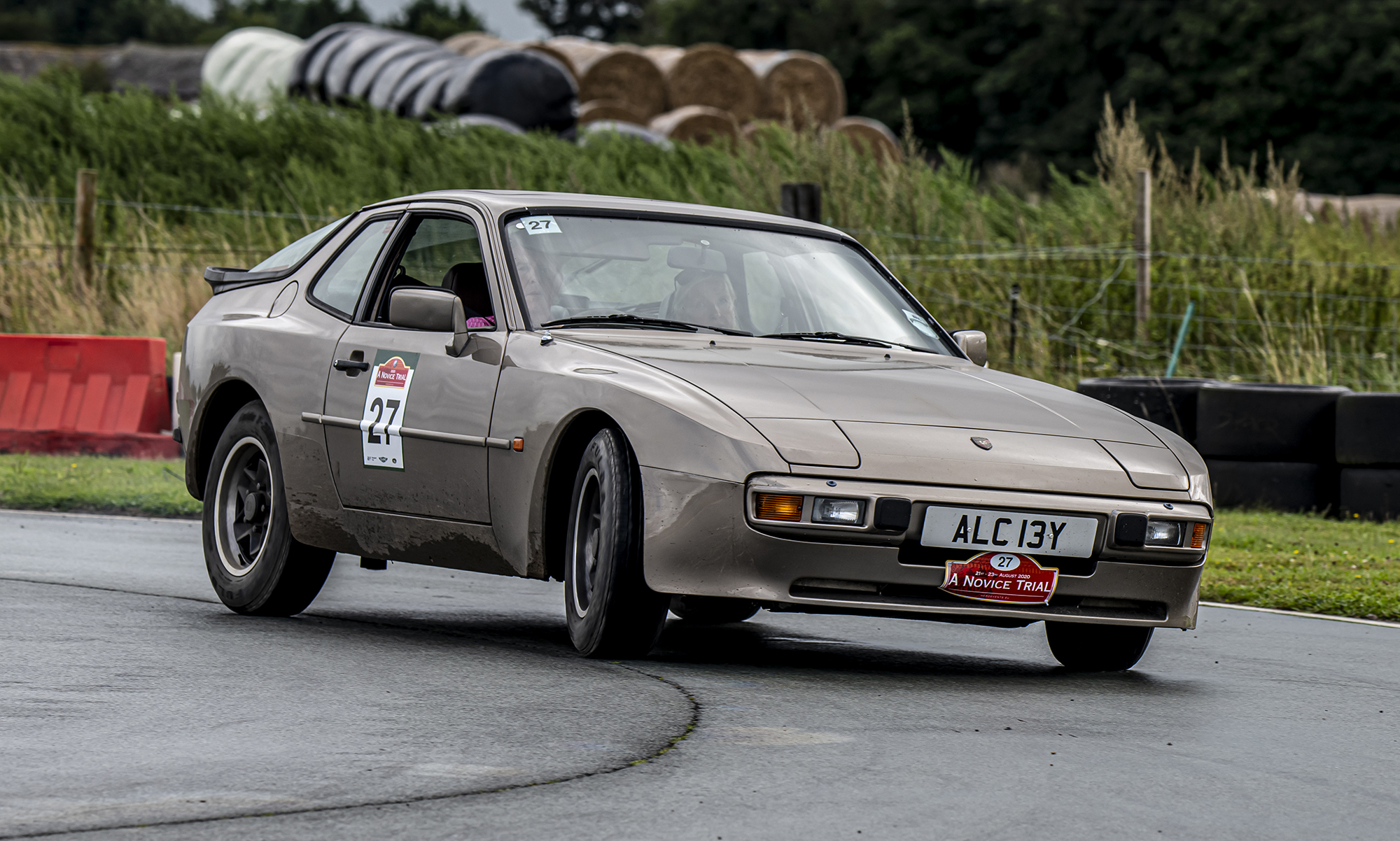 
After the CoVid Pandemic enforced absence, classic car rallying returned to the lanes with HERO’s Novice Trial. The event was based at the Lions Quay Hotel just outside Oswestry; the venue giving access to the country lanes of the Shropshire borderlands. This was the second running of this vital event.

There were several training sessions, given by experienced competitors, Seren and Elise Whyte. Knowledge and skills taught at these tutorials were put into practice on the road, where the learning really began.

Due to CoVid restrictions, signing on for this event was done electronically in the week leading up to the start. Government rules meant that there were several other differences to how rallies are run in normal times. Crews were supplied with time cards, but these were used solely by them for them to record their times, the cards weren’t collected and weren’t used in the results process. Marshals wore face shields and shouted the times being given, rather than entering the times on the time card. As usual a check sheet was kept by the marshal. A photograph of this sheet was taken by the Course Closing Car and the picture sent to the Results Team. Results were posted to the Notice Board on the HERO web site.

Most crews arrived on Friday afternoon and the first training session covered such matters as the scrutineering and signing on processes. Types of route instructions were also included and, on Saturday morning, competitors undertook two sections which ran to the west of Oswestry. The aim of this road exercise was to get used to following a route using, firstly, tulip diagrams and then maps. Crews were told not to worry about timing, although the mantra that “it was better to be on the right road on the wrong time, than the wrong road on the right time” was emphasised.

After lunch, the difficult task of keeping to a schedule on a regularity section was explained. Tricks to avoid errors were also covered. This was followed by Seren and Elise speaking to every one of the competitors to ensure that they had grasped the concepts involved – the real learning, in most cases, happened in the lanes on the next two sections. Practice timing points were set up so that the students could see how they were doing and learn to deal with controls.

Sunday was the day on which the newly learned skills were put to the full test, with crews tackling a mini rally; this consisted of four regularity sections, followed by two tests at the Rednal Karting Centre. Twenty-two cars took the start.

The first section was a Jogularity with the location of timing points highlighted in the instructions. The route took the cars, led by the glorious Ford Model A Phaeton of Oscar Phillips/Nicholas Phillips, through the lanes south-east from Oswestry, finishing on the outskirts of Shrewsbury. The best performance on the section was made by 14 year old Oli Waldock, who was navigating for his grandfather, 2018 HERO Cup winner, Paul Bloxidge. They were on 5 seconds after the five timing points.

Unfortunately, the leaders were to make an event spoiling error at the start of the second section. Keeping a close eye on the seconds, they misread the minutes and arrived at the first timing point 73 seconds late. They dropped to tenth place as a result. They went on to pick up the least penalties on the third and fourth regularities, plus fastest times on both tests, to recover to take third place overall at the Finish.

The second section ran from Ford to Westbury, via Yockleton. Tulip diagrams defined the route, while a speed table gave the time schedule. The location of the two timing points was indicated on the table. The daughter and father team of Olivia Hardwick/Stephen Hardwick (Volvo Amazon 123GT) now led. Stephen had finished sixth overall as a driver on the New Zealand Classic in early March; the last HERO/ERA event before the lockdown.

Regularity 3 took crews over Long Mountain. A speed table was used once again, but navigation was via a map. There were three timing points and their location was noted on the speed table. The climb up the mountain was a challenge for the older cars, especially the small engined Singer Le Mans Prototype of Christopher Wilks/David Creech.

The Hardwicks maintained their lead; they were now 11 seconds ahead of the Jonathan Shepherd/Kay Shepherd (Porsche 944), the navigator being on her first ever rally. There was drama for Paul Bartley/Jonathan Andrew in their Jaguar; a fuel line split and filled the boot with petrol. The problem was spotted in the non-competitive section between Regularities 2 and 3 and, with the help of the mechanics, the problem was fixed. They continued in eighth place.

A coffee break was taken at The Old Hand & Diamond pub, near to the Loton Park Hill Climb. All 22 crews made the halt on time. The final regularity section was a tulip section with four timing points. This took competitors from Melverley to finish outside Aston Hall. Olivia Hardwick/Stephen Hardwick lost their lead here following an indiscretion that left a kink in their Volvo and a time consuming wrong slot. They dropped to fourth and Jonathan Shepherd/Kay Shepherd took the lead, with Peter Myles/Louise Myles (Saab 96 V4) in second, eight seconds behind.

The rally finished with two tests at the Rednal Karting Track; this allowed drivers to fully test out their cars. The experienced Paul Bloxidge was fastest on both tests. Paul Bartley/Jonathan Andrew, put their earlier problems behind them, and took second fastest on the first test, but then had an overheating problem on the second and they failed to reach the finish line.

The tests, as usual on HERO events, were scored on a class improvement system; the fastest in a class is given 0 seconds penalty, the second fastest 2 seconds and so on. The maximum penalty possible was 10 seconds, so the tests didn’t alter the overall standings to any great degree and the top three positions remained as they had been after the regularities. Jonathan Shepherd/Kay Shepherd won, although their lead had been halved from eight to four seconds. Peter Myles/Louise Myles took the runner up spot, having been fastest in their class on the second test.

Richard Walker/Faith Douglas were competing on their first rally; it was part of their preparations for tackling the Peking to Paris Rally in 2022. They finished in 13th place having learnt a great deal over the weekend.