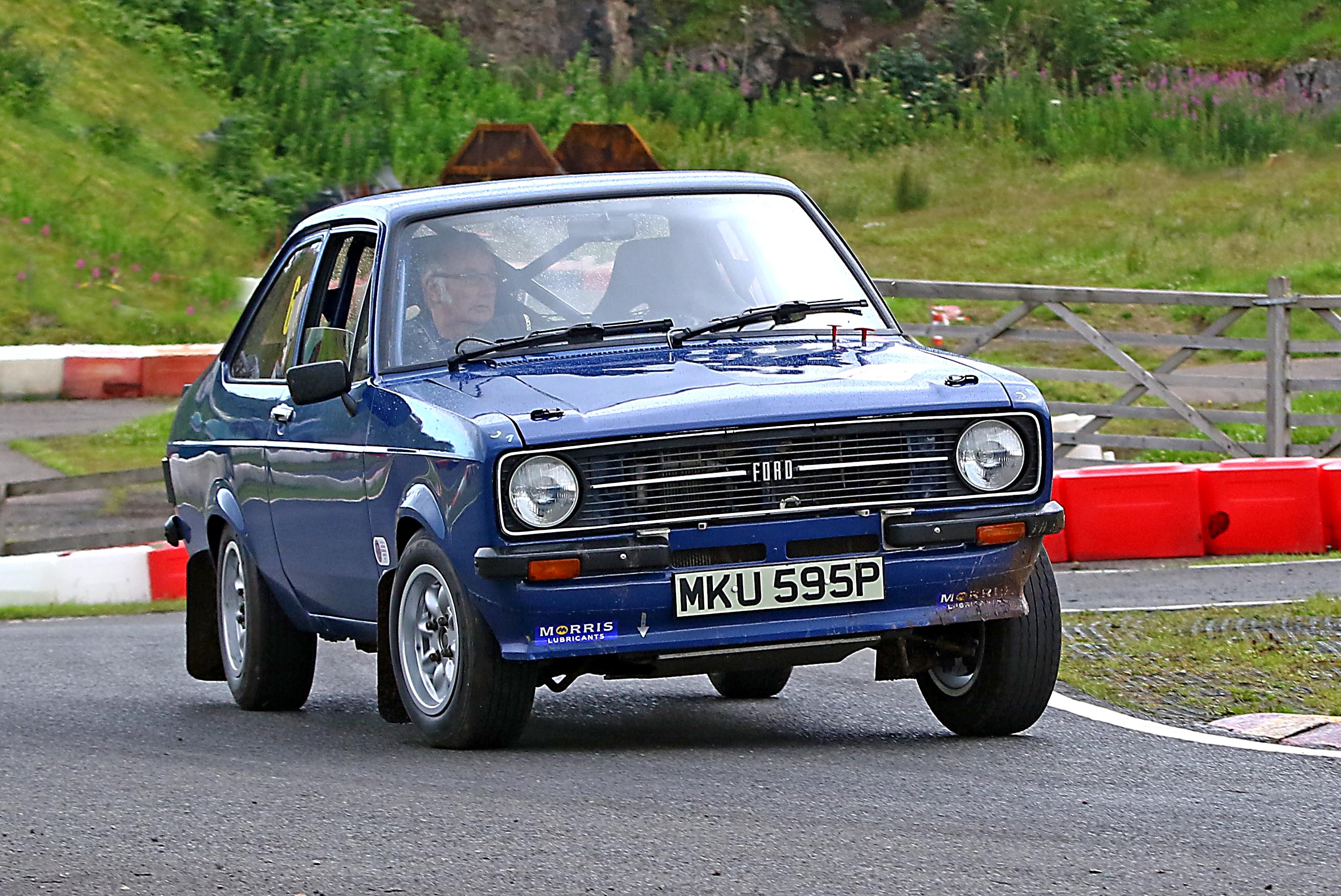 Clerk of the Course: Martyn Taylor


Kirkby Lonsdale Motor Club, under the leadership of Martyn Taylor, got motorsport for rally cars resurrected at the first opportunity after the four month Coronavirus lockdown. They organised an autotest at the Rowrah Kart Circuit in Kirkstown, Cumbria on Monday 6th July, days after CoVid-19 restrictions were eased in England.

Of course, this was no ordinary motoring competition as strict guidelines had to be adhered to. There could be no navigators, social distancing had to be observed and paperwork had to be kept to the absolute minimum. All documentation was issued beforehand, including test diagrams, and had to be printed by the driver before leaving home. Time Cards were amongst this paperwork, but would only be used by the driver to keep a record of their times, results would be calculated from the marshals’ check sheets. The sheets were emailed to the results team and the results were published on the web site. To avoid crowding, there was no notice board.

The organisers had devised a three test format using different areas of the circuit compound; these three tests were run six times each, with changes of directions and small variations in route at various points. At the start of a test, the driver gave a thumbs up to indicate that they were ready and the marshal gave a visible countdown. At the finish, a marshal wrote the time on a white board so that the driver could note it down if required.

The fifty starting places were filled within eight minutes of the entry being opened; there were 31 paid up reserves as well. There was just one drop out from these 50 entries before the event and all remaining competitors arrived on the day. The organisers had invited three reserves to attend in case there were some more starters; with no absentees the two reserves who turned up were also allowed to start.

The first test, on the stopwatch around the helicopter pad, was a handy warm up with almost all crews within ten seconds of each other. Notably top seed Guy Woodcock, winner of the last three Devils Own Historic Rallies, hit a cone and added ten seconds to his time. He did the same on Test 3 and finished the first leg in 30th place.

Chris Walker (Vauxhall Astra) was equal third on the first test, second fastest on the next, the longest making use of the circuit, and then quickest on Test 3. This was enough to give him a three second lead over Steve Retchless (Escort RS2000) at the end of Leg One. Kris Coombes (Nissan Micra), in third, was just four seconds ahead of Geoff Hall (Vauxhall Nova), who was in tenth place.

Continuing his earlier pace Chris Walker had extended his lead to ten seconds by the end of Test 5, however, on Test 6 he was penalised for striking two comes and he fell to eighth place. Retchless now led, but was overhauled on the very next test, when he also added ten seconds to his total after swiping a cone. The new leader was Andrew Roughead, the Mini Cooper driver better known as a top stage co-driver.

Retchless had dropped to sixth but was back in second spot by the end of Test 9. Simon Jennings (Peugeot 106) was now in third, four seconds ahead of the pack. By this point Steve Head had thrown in the towel as his Escort succumbed to a severe misfire. The problem had started on Test 5, causing Head to miss the sixth test; it seemed to have cleared on Test 7, but the car finally ground to a halt on Test 10.

Roughead retained the lead through six tests, although his advantage was never more than five seconds. Retchless took fastest time on Test 13 and regained the top spot. The Northallerton driver extended his advantage to 16 seconds by the penultimate test and then eased up on the Helicopter Pad to complete the event 13 seconds ahead of Roughead, who was one of only a handful of drivers who had avoided picking up any test faults during the day. Kris Coombes snatched third place from Tony Sheilds (Vauxhall Nova) on the very last test.

Chris Walker had recovered from his earlier penalties to hold third place at the end of Test 16, but then retired on the penultimate test when a drive shaft broke on his Astra. Guy Woodcock completed the day in ninth place having decided on enjoying himself rather than seriously contest the lead; he was penalised for hitting six cones on different tests, this added a minute to his test times – he finished the event 53 seconds off first place.