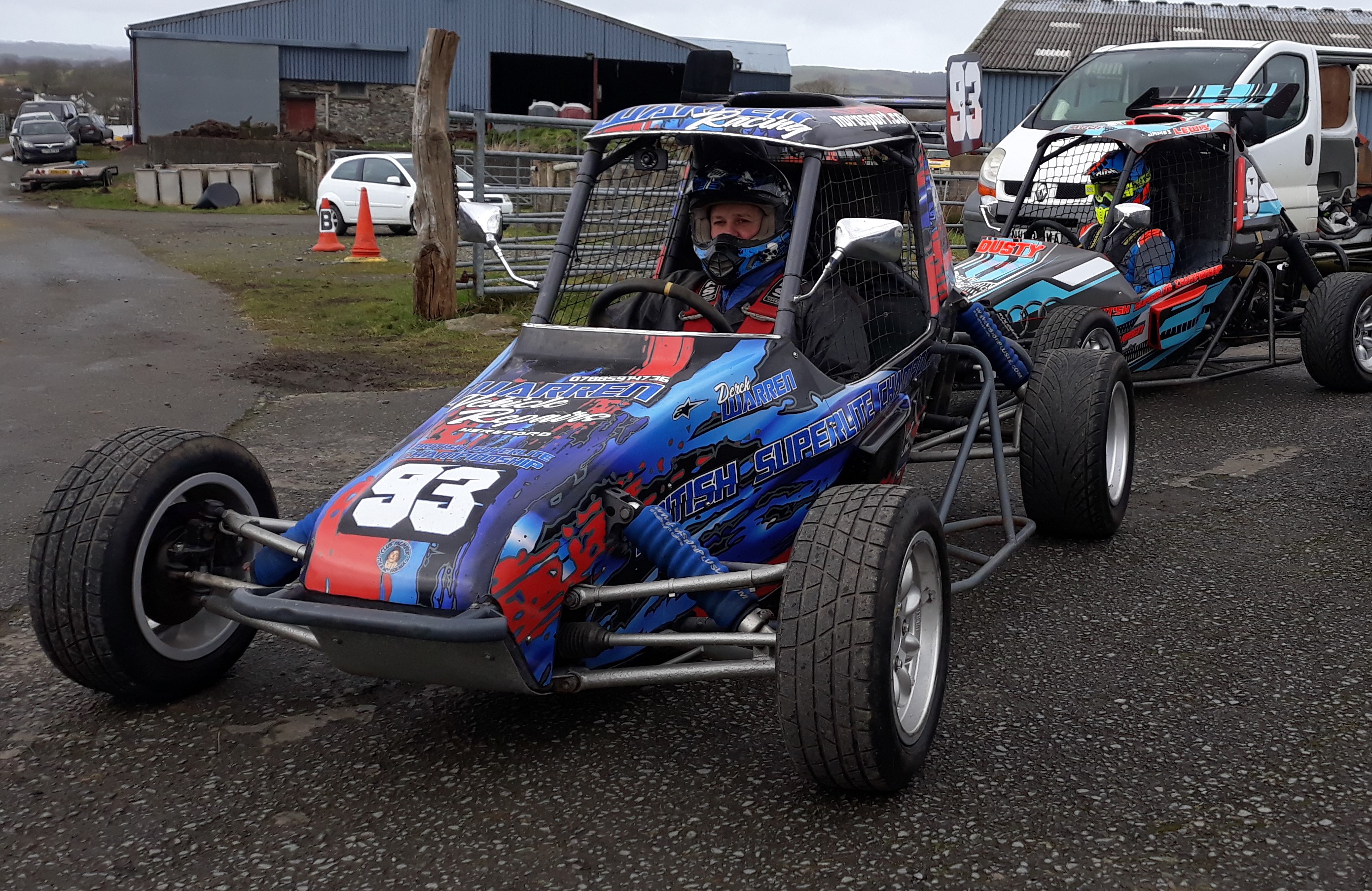 
The first of four Hill Billy Sprints planned for 2020 took place in largely dry but cold conditions at the Mid Wales Activity Centre. The event gave competitors ten runs around the challenging track, all in an anti-clockwise direction. Full use was made of the intricate Quarry area.

Thirty-six vehicles took the start, these included two British Superlite Championship buggies. One of these, piloted by Derek Warren, had a bad start as Warren spun his Honda-engined buggy off the road at the top of the hill. He took 6m 22s to complete the test.

It was Richard Rees, a regular Hill Billy Sprint winner in his Mini Special, who was fastest, four seconds in front of the second Superlite buggy, this one was driven by James Lewis. Richard Williams was third and headed the Road Rally Class; he was just one second behind Lewis. Graham Davies was fourth, a further second down, and led the Stage cars.

Two cars failed to make the finish of the test; Elin Evans had a shaft break on her Citroen and Malcolm Hayberd put his Hyundai off the road at the Quarry. Under the relaxed rules of the Sprint, both were towed out and re-joined the contest later.

Richard Rees was fastest once again on Test 2, but James Lewis was just one second behind. Meanwhile Derek Warren put his Test 1 indiscretion behind him and was third. This test saw the end of Teejay Lewis, whose Caterham broke its transmission.

There was also drama for Graham Davies, his Davrian, which newly installed Astra engine started to misbehave. Initially a problem with the exhaust was suspected, this was worked on at a nearby workshop, but the issue persisted. Eventually the source of the problem was traced to a plug lead. A number of tests had been missed, but the event allowed for these to be made up by doing extra runs later on. By this method Davies stayed in the contest.

Test 3 saw the lead change. James Lewis getting more familiar with the circuit, was six seconds faster than Rees, putting in the fastest time of the day so far with 2m 30s. The time gave Lewis a one second lead over Rees, while Richard Williams and Graham Davies were tied in third, 20 seconds behind Rees. Deri Davies completed the top five in his Davrian.

The contest for the lead wasn’t to continue as throttle problems meant that James Lewis was forced to withdraw after the test.

Derek Warren was fastest on both Tests 4 and 5; putting in the fastest time of the day on the later, setting the new bar at 2m 28s. Richard Rees was second fastest on both test and, as the lunch break was taken, he had a lead of 26 seconds. Graham Davies was second, 16 seconds ahead of Richard Williams, whose Escort now sported a damaged rear quarter, so familiar to that car type.

Owen Rowcliffe hit the tyre barrier on the run down to the Finish, causing terminal damage to his Cambrian Road Rally winning Peugeot 206. Phil Preece also went off on that test, damaging the front of his Impreza in the Quarry. He survived two further tests, before another accident led to his retirement.

A heavy rain shower meant that the times were slower on Tests 6 and 7. Rees and Warren shared fastest times on both. Then on Test 8 and with the sun shining, Warren took what was to be the fastest time of the day, a 2m25s. Rees was extending his lead, that after Test 9 stood at exactly a minute. However, as he started the final test, the exhaust on his Mini separated, he had to stop and reattach it. He lost two minutes to his rivals.

This drama meant that Graham Davies took the win, finishing 12 seconds ahead of fellow Stage Car Class contender Deri Davies, who had been getting progressively quicker throughout the day. Richard Williams was third and winner of the Road Rally Class. Richard Rees, despite his time loss, finished in fourth. The winner of the Unmodified Class was James Rouke, who was fifth overall. Derek Warren, despite his first test mishap, finished in fifth and retained the cup for the day’s fastest test time.