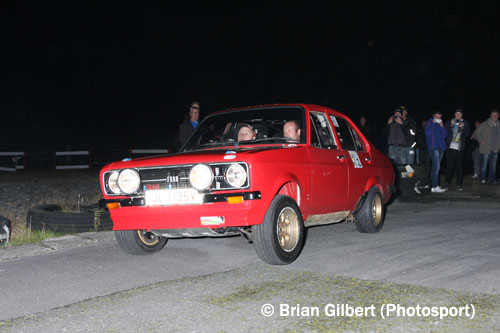 
The Barcud Road Rally was won in dominant style by Kevin Davies/Andrew Edwards. The rally opened with a test at Pontrhydfendigaid where Daniel Jones/Gerwyn Barry and Andy Davies/Lee Taylor blitzed the field, leaving the eventually winners in third, 25 seconds off the lead. However, both of these leading crews retired soon afterwards; Jones with engine maladies and Davies with a failed starter motor.

Davies/Edwards therefore arrived at Petrol with a 1m50s lead over George Williams/Nick Bloxham. Unfortunately, the latter crew were to retire after mistaking a river for a track. With the top crews cleaning the second half, their demise allowed the winners to extend their lead to over two minutes.