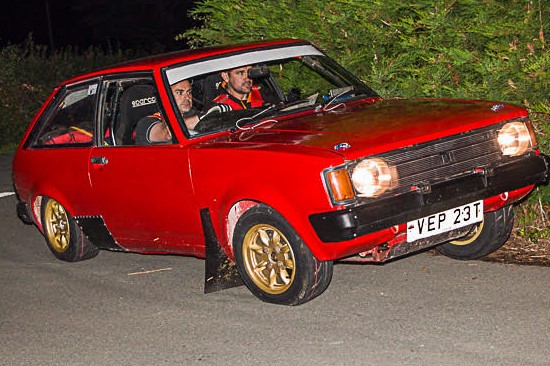 Clerk of the Course: Robi Wood


The overall award on the Classic Lanes Road Rally was taken by Kev Bolver/Rich Jerman in a Talbot Sunbeam. The winners didn’t have a smooth run to success; they lost 52 seconds on the event’s third section when a throttle cable broke; this left them in seventh place at the halfway point. They then had the large rear screen on the Sunbeam shatter on the final section, but still stormed through familiar lanes to secure the win.

Halfway leaders Zak Hughes/Macauley Bridgewater were 40 seconds behind, although would have won but for a time calculation error that cost them a minute at a control in the second half. Reigning Welsh Champion Driver Ian ‘Dude’ Roberts showed his competence in the left-hand seat by guiding Kevin Nunns to third place overall.

Non-Novices were ineligible for overall awards and this category was won by Paul Morgan/Rhys Griffiths, who dropped just 28 seconds all night.