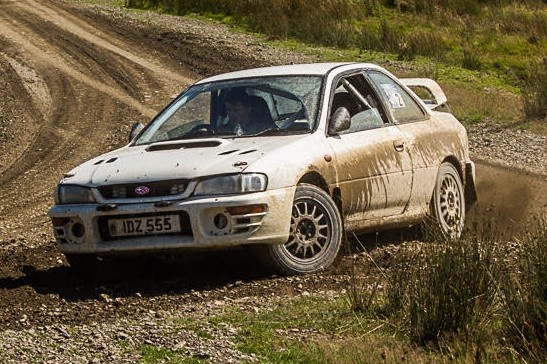 
Andy Davies/Max Freeman emerged from a three-way battle for the lead to win the Ystwyth Targa Rally. At the halfway mark, they held a narrow 10 second lead over last year’s winners Rhodri Evans/Cadog Davies, who, in turn, were just 9 seconds ahead of Mark Lennox/Ian Beamond. Matters were decided on the two tests after the break when Davies/Freeman took 20 seconds out of their rivals. They cantered home to take their second win on the event in three years.

Evans/Davies maintained the challenge, taking fastest on two of the afternoon tests, and were well clear of third placed Lennox/Beamond by the Finish.

It proved to be a tough event, with 29 of the 75 starters failing it make it to the Finish. Rob Walters/Michael Gilbey had been expected to challenge for the win, but were side-lined on the first test by broken transmission.