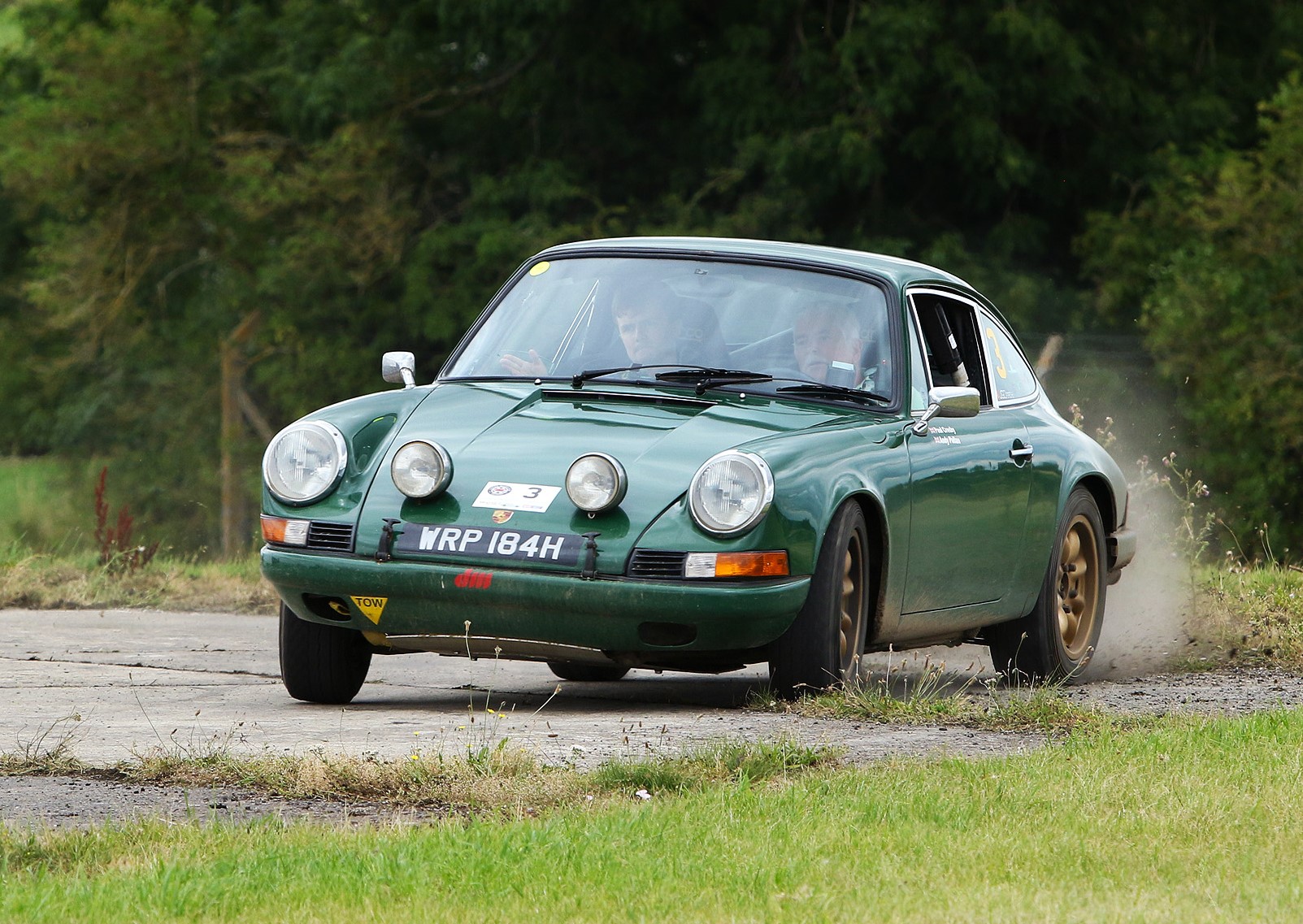 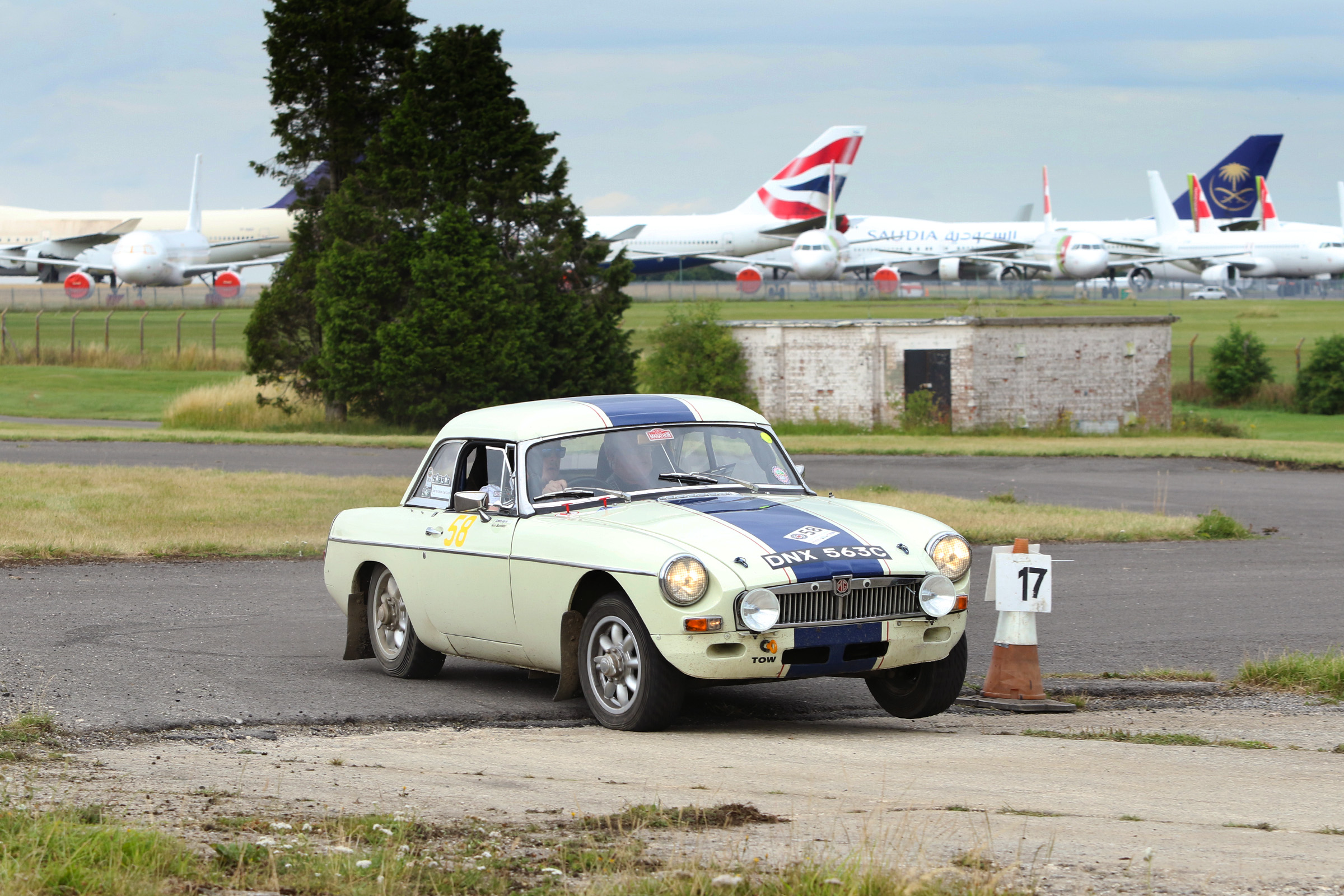 Clerk of the Course: Gavin Rogers


Tavern Motor Club attracted 69 starters to its inaugural Cotswold Historic Rally, the second round of the HRCR Clubman Championship. The rally was split into two events; a Clubman Rally ran alongside the Inter Club one. Competitors in the former were provided with simpler navigation for the regularities. There were 51 starters in the main event and 18 in the Clubman.

The rally was based at the Cotswold Edge Golf Club near Wooton-under-Edge. Competitors faced ten tests and six regularities; the navigation on the regs getting progressively harder for the Inter Club participants as the day progressed.

Competition started with a test at Babdown Farm, this was followed by two regularities, which took the route to the south. The first reg skirted Chipping Sodbury, while the second started near the M4 and used a length of the Fosse Way roman road.

Martin Short/Martin Phaff (Lancia Fulvia) had an event that lasted under a mile; they retired with coil and distributor problems before the opening test.

A morning coffee halt was taken at Acton Turville, where the score sheet showed that the lead for the Inter Club was tied between Dan Willan/Ali Procter (Volvo PV544) and Paul Crosby/Andy Pullan (Porsche 911). Only one second behind these two were Steve Head/Graham Raeburn (Ford Escort) and Dave Leadbetter/Cath Woodman (BMW 2002).

In the Clubman Rally, Lewis Ayris/Kim Bannister (MGB Roadster) were just one second in front of Robert Robinson/Peter Mellor (Audi Coupe GT). Paul Bloxidge/Oli Waldock (VW Golf GTi) were in third, 31 seconds off the lead, this was largely due to having been delayed by meeting a non-competitor, who lacked reversing ability, on the first regularity.

Regularity 3 started near Badminton House and ran to the outskirts of Malmesbury; there were four timing points. After it, Crosby/Pullan had taken a lead they weren’t to lose. At this point they led Willan/Procter by just one second, however this was extended to 13 after the first visit to Kemble Airfield, where two tests were tackled.

Kemble saw the demise of Leadbetter/Woodman. They were holding fourth place when their BMW fell victim to steering problems and they were out.

At the lunch halt, which was taken at Crudwell, Thomas Bricknell/Roger Bricknell (VW Golf GTi) were in second place; they had Darell Staniforth/Nicky Staniforth (Mini Cooper S) only three seconds behind.

Ayris/Bannister had eked out their lead in the Clubman Rally over Robinson/Mellor to nine seconds by the midday break.

The afternoon started with two tests at Charlton Park. These were followed by two regularities; the first ran west from Malmesbury, the second was in the lanes around Cirencester. Crosby/Pullan put in the best performance across these sections and extended their lead to 41 seconds. Willan/Procter had moved back to second place, 12 seconds ahead of Bricknell/Bricknell.

A series of four tests began the last quarter of the event; two were back at Kemble and while Test 8 and 9 were another visit to Charlton Park. The main movement amongst the leaders here was Steve Head/Graham Raeburn passing Bricknell/Bricknell for third place; the latter team were further demoted to fifth as Matt Warren/Ryan Pickering (Ford Escort) stormed through the tests. The pair in fact ended the day with the best performance of any crew over the event’s ten tests.

Mark Goodwin/Anthony Davies (Triumph Dolomite Sprint) had put in excellent performance in this middle part of the event and were now in nineth place. Unfortunately, their rally came to an end on the second visit to Charlton Park as their car's fuel pump failed.

The sixth regularity, the last of the rally, was also the trickiest. It used an intricate route that skirted around Tetbury. Crosby/Pullan once again put in the best performance and, with second fastest, on the final test at Babdown Farm, the pair came home in first place, with a victory margin of 36 seconds.

The main victims of Regularity 6 were Head/Raeburn; they dropped over a minute and fell to sixth place in the final standings. Willan/Procter finished in a clear second place, while Warren/Pickering continued their afternoon recovery and clinched third, with Bricknell/Bricknell in fourth.

Ayris/Bannister had led all day in the Clubman Rally and duly came home to secure the win. Bloxidge/Waldock regained second place just before the lunch halt and finished 24 seconds behind the winners.