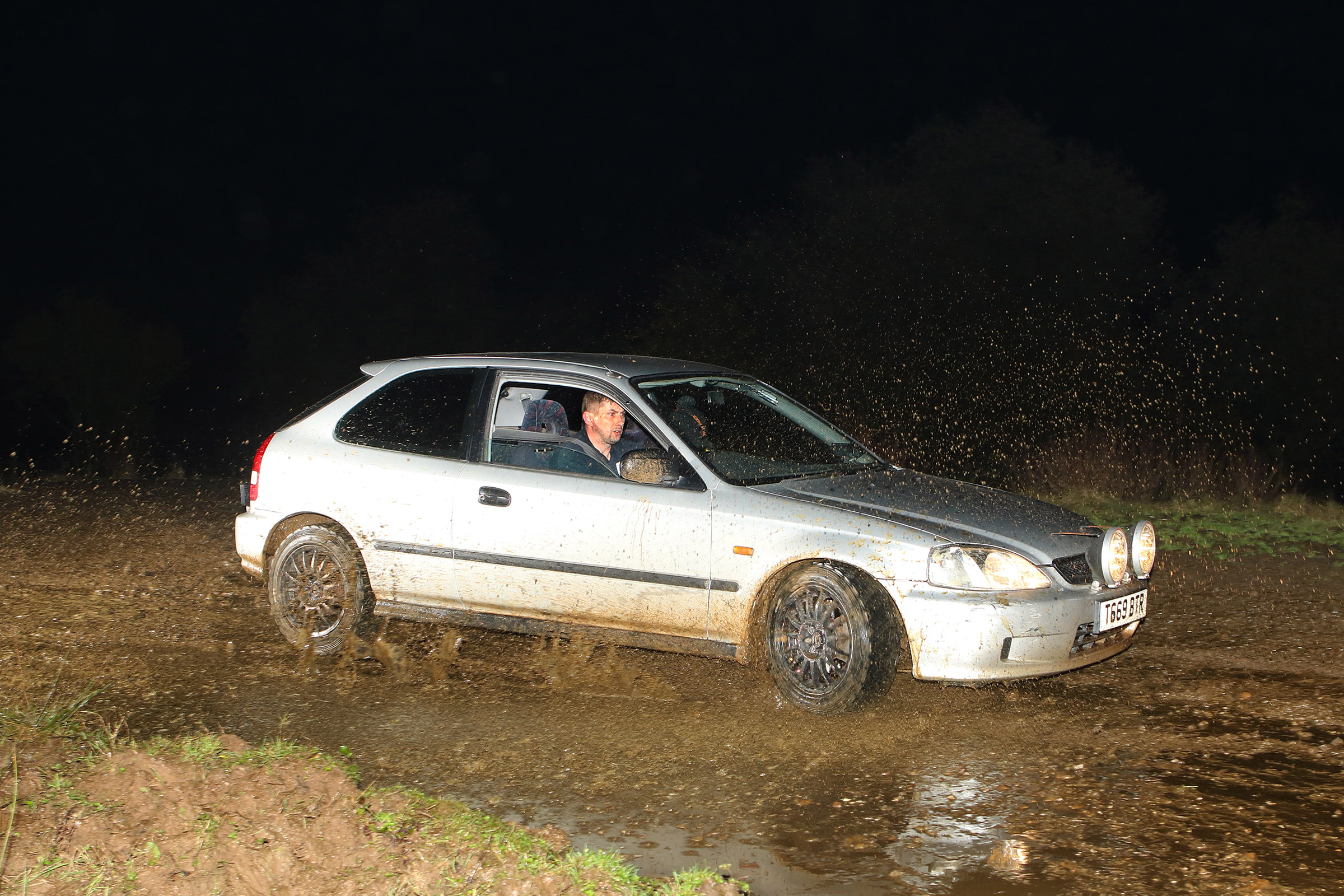 Clerk of the Course: Paul Hoad


Having been one of the few clubs to run a road rally in 2020, Exmouth Motor Club returned with the Exmouth Memorial for 2021. The base of rally was in the Cullompton area, a move that encouraged a healthy entry from Wales.

Fifty-one crews took the start, which was at the former Diggerland Devon site. This venue allowed for the event to open with two tests in the grounds of Verbeer Manor. Unfortunately, after roughly half of the cars had tackled the opening test, it became apparent that there was a danger of cars going wrong and meeting head on. The two tests were therefore scrapped.

The road element of the rally, consisted of eight regularity sections, giving 130 miles of competition, split by a fuel halt in Honiton. The organisers plans were hampered by a number of non-shows from individuals who had promised to marshal, this resulted in a total of 13 time controls being unmanned. In addition, a large number of code boards, had gone missing since they were put out earlier in the day.

The plan had been for the regularities to have alternating controls, with one timed to the minute, then the next to the second, and so on. This meant that seconds dropped wouldn’t have to be considered, however with the controls missing, there were a number of points where controls timed to the second were in succession. Many navigators failed to carry their dropped seconds over from one control to the next and received unnecessary penalties by reverting to the whole minute at the next timing point.

Competition opened immediately south-west of Cullompton and used the lanes between the M5 and Bickleigh. The second section ran in an anti-clockwise direction around the Randon Hills, starting near Thorverton. The third section headed back towards the M5. Starting near Silverton, it finished at Wimple. The final regularity before Petrol started just off the A38 and ran directly north to finish with a circle around Kerswell.

Iwan Davies/Dylan Jenkins dropped the least time at the first manned control timed to the second. They went on to hold a lead of 25 seconds by Petrol. However, by the halt the crew were already concerned about a lose sump guard; a retaining bolt had been ground down after a heavy landing. At the break, the pair attempted to repair the problem with the use of a rachet strap. This effected a repair that lasted until the first triangle in the second half, where the strap touched the exhaust and was set alight. Davies and Jenkins decided to retire.

Also in trouble were the top seeds and 2020 winners, George Williams/Caid Davies. They managed to put their Escort into a ditch, from where they were rescued by Kevin Willis/Dean Wiltshire. Williams/Davies continued, the missing time controls meaning that they hadn’t lost time, but then had the Escort’s clutch fail and they were out. The last minute pairing of Willis/Wiltshire also withdrew before the break.

Reian Jones/Roger Hunt were holding ninth place at the halt, but withdrew before the start of the second half. The top runners were further thinned by the fact that James How/Nic Jones went out at an early stage; their MG ZR ground to a halt with electrical problems.

Ethan Davies/Nick Bloxham were the fastest crew through the second half of the rally, but their night was spoilt when they picked up a 15 minute wrong approach penalty at a Passage Control in the first half. PC 3D was situated at 988½ 984, , just south of Budlake, with a NW approach; the route had come through Sproydon Plantation, so crews should have taken the short white directly north of the control to achieve the correct approach. As well as Davies/Bloxham, Andy Brown/Brian Cammack were also caught out by this control.

The second half started near Honiton with a long section that should have had eight timing points, but on the night had just three. The sixth regularity was the shortest of the event. Davies/Bloxham cleaned it, while Tim Hodgson/Sam Spencer were second fastest, dropping 22 seconds. Unfortunately, shortly afterwards the latter crew were in collision with another competitor. Unusually there were reports of at least four such incidents; this was probably a result of the missing code boards; crews were retracing their steps to look for non-existent codes and meeting the following car.

The toughest section of the night, the seventh, was in the Newton Popperwell/East Budleigh/Woodbury area and went past Barbara Carter’s home; Barbara, along with Pete Barnard, were the people being remembered in the title of the event.

Davies/Bloxham were fastest through to TC7B, dropping one minute. Simon Heywood/Shaun Layland were a minute further back. They had been in second place at Petrol and moved into the lead when Davies/Jenkins retired. At the fuel halt they had been 46 seconds in front of Matt Barker/Jordan Dziadulewicz. They extended this advantage by four minutes at the Finish, to give the driver his maiden rally win.

Phillip Luxton/Oliver Luxton finished in third, but might have been higher, had they not miscalculated their due time at one time control and sat outside the check longer than they needed to.

Ethan Davies/Nick Bloxham would have won the event by two minutes, but their wrong approach penalty dropped them to fifth.