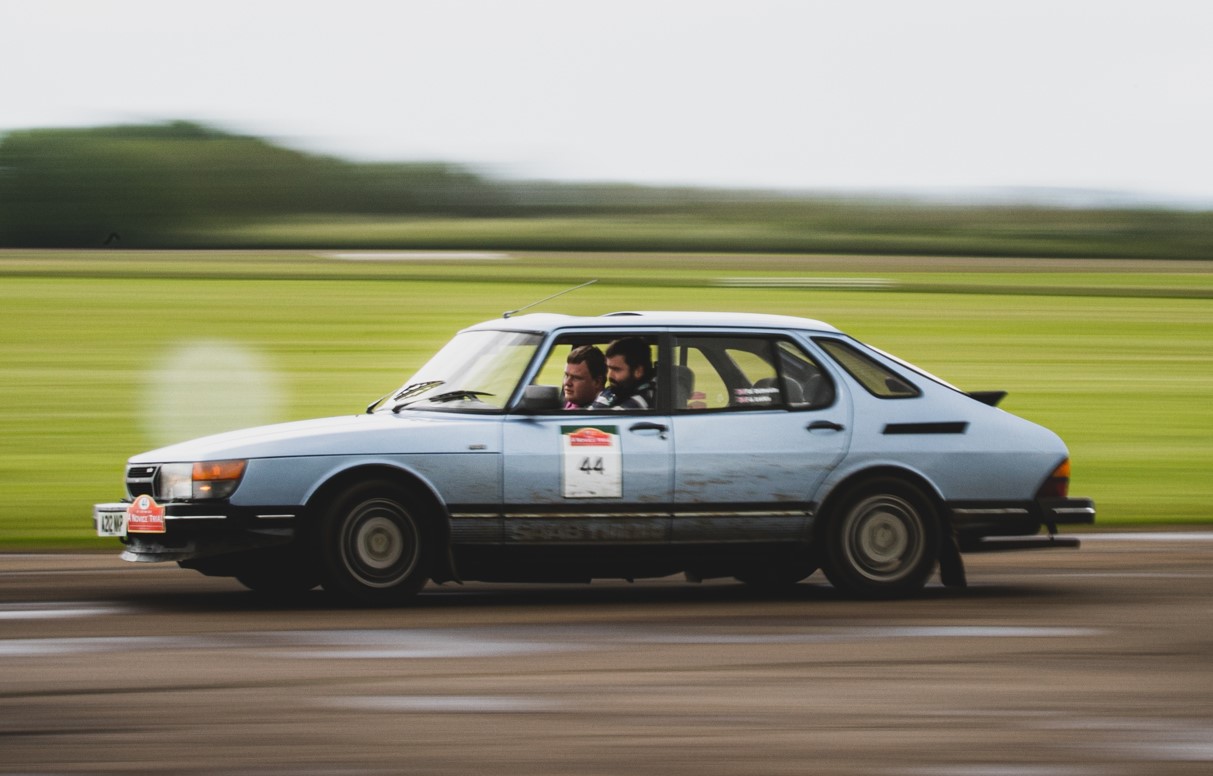 Clerk of the Course: Seren Whyte


The 2021 Novice Trial had a thrilling finish, with the fight for the win going down to the final test of the day.

Getting their 2021 season belatedly off to a start, HERO-ERA held their third running of their Novice Trial weekend. The event, based at the organisation’s headquarters at Bicester, was aimed at beginners. It used a mix of classroom and practical sessions to teach attendees the basic skills of regularity rallying. The weekend culminated in a half day competitive rally.

The organisers were rewarded with a record number of entrants; 41 crews turned up on Friday evening to begin the tutoring. Four practice regularities and a test were undertaken on Saturday afternoon to get competitors into the swing of competition. A ‘foot’ test, held on the HQ’s roof, allowed for a slower introduction to the skills of navigating through a test. The Sunday competition started with two tests at Bicester Airfield. These were followed by four regularities in the Oxfordshire and Bedfordshire lanes. Crews then returned to Bicester for two more test, which closed the competition.

The last car away, Will Pembroke/John Bullough (Porsche 911), was quickest on both of the opening tests. This secured the pair the lead as competitors headed for the public roads. The pair were also fastest on Test 3, but blotted their copy book by getting the final test wrong. This denied Pembroke the Test Pilot Award for the driver with the lowest penalties over the event’s four tests.

The first regularity started near Middleton Stoney and led competitors north, ending at Croughton. There were four timing points and navigation was via a table of landmark descriptions and distances. Brian Yeomans/Andrew Yeomans (Volvo P1800E) put up the best performance over this section, picking up just three seconds penalty; this moved them up to sixth place overall.

Lee Clarke/Max Clarke (Triumph TR6) led at this point. They had been quickest in their class on both of the opening tests, so were still on 0 penalties when they started the regularity. They dropped 10 seconds over the four timing points, so now led Stephen Hardwick/Samantha Hardwick (Alfa Romeo Guilia GT) by four seconds.

The second regularity used lanes in the Boddington area and finished at Hellisdon, where there was a coffee halt at the Red Lion. Navigation was by tulips and a speed table. There were three timing point. Once again Yeomans/Yeomans put up the best performance and moved up to second place, five seconds behind Clarke/Clarke, who still led.

The third regularity was the longest of the day; it started in the car park of the Red Lion and looped around Fawsley Park, then zig-zagged down the map via Everdon, Preston Capes, Woodford Halse and Eydon to finish at Culworth. There were five timing points.

The eventual winners, Alistair Leckie/Matt Outwaite (Saab 900 Turbo), who were using the event as a refresher, picked up fewest penalties on this section and shared the lead with Yeomans/Yeomans at the end of it. Clarke/Clarke added 37 seconds to their total, including a 10 second penalty for failing to stop astride the line at the first timing point, and dropped to sixth. Jon Harvey/Andrew Moriarty (MG B Roadster) were in third, with Steve Verrall/Jay Reddy (Porsche 911) were fourth.

The final regularity proved to be a tough test. A tricky loop south of Thorpe Manderville saw a number of crews pick up a maximum one minute penalty at the first timing point; these included the erstwhile leaders, Clarke/Clarke. Harvey/Moriarty were another crew to pick up the maximum one minute at TP4A and dropped from third to thirteenth. Remarkably, the two leading crews dropped the same amount of time over the section and so still shared the lead as they moved back to Bicester Airfield for the final two tests.

Test 3 did nothing to resolve the battle for the win; both leading crews were second fastest in their respective classes, so each added two seconds to their total. However, the final test was decisive as Alistair Leckie took second in class once again, whereas Brian Yeomans was only seventh in his class, adding eight seconds to his final total. Leckie took the win while Yeomans fell to third, one second behind Steve Verrall.

Stephen Hardwick/Samantha Hardwick finished in fourth, while Lee Clarke/Max Clarke recovered from their earlier error to take fifth. Lee Clarke also won the Test Pilot Award for the driver with the fastest total time over the four tests, while Andrew Yeomans secured the Clock Watchers Award for the navigator who collected the lowest amount of penalties on the regularities.