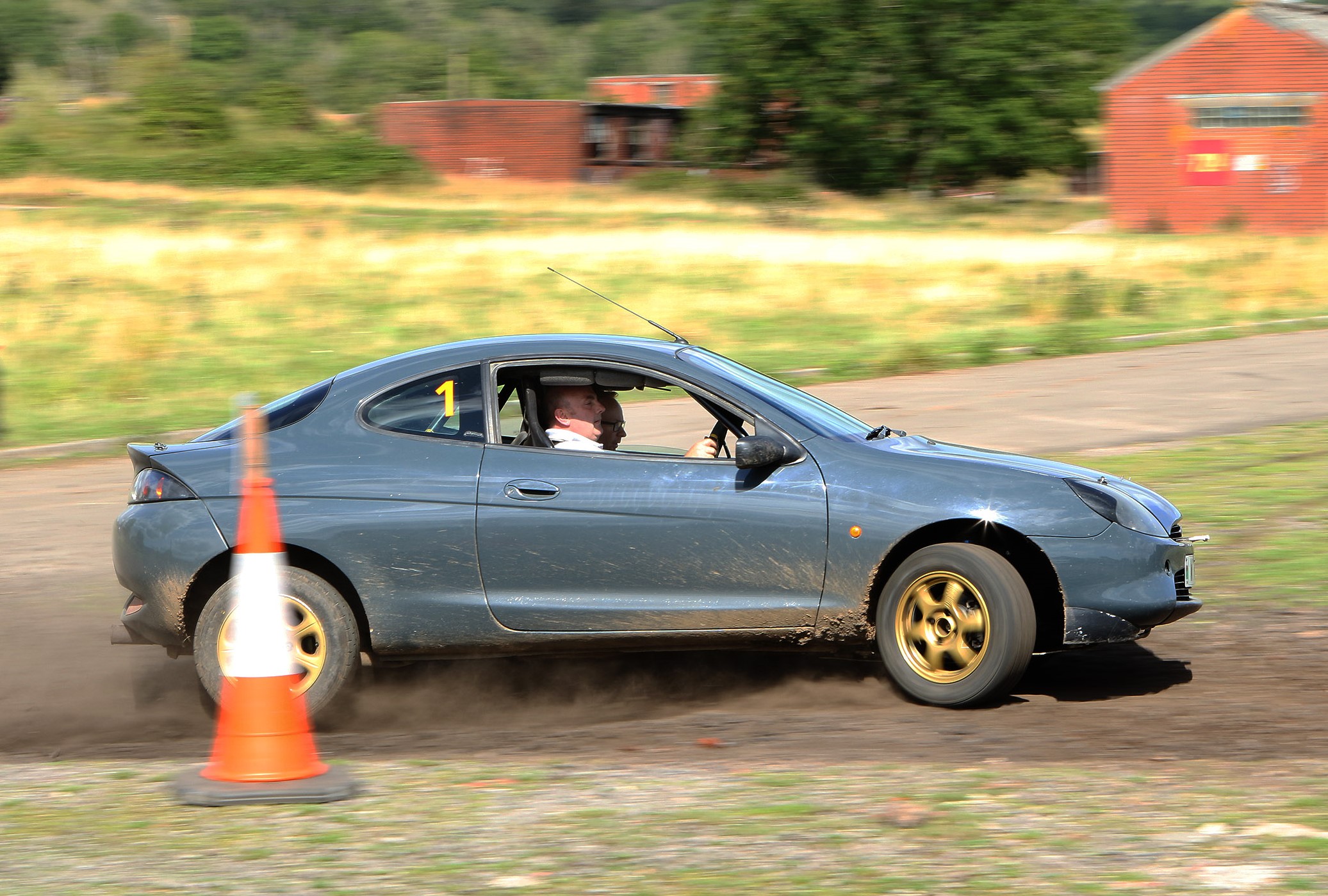 Clerk of the Course: Richard Lomax


Forresters Car Club organised their first Targa rally, using a venue familiar to them from stage events, the Caerwent Training Area. The rally’s name was taken from the Roman name for Caerwent, Venta Silurum. It was Round Three of the BTRDA Targa Championship.

Aaron Jones/Owen Evans had a short event, putting their Puma into a barrier at the first manoeuvre point on the first test. This caused the only delay of the day as the car was recovered.

John Davies/Nick Bloxham, winners of the first two rounds of the BTRDA Championship, were fastest on Test 1. They were two seconds faster than Jamie Jukes/James Morgan. These two crews were over 10 seconds ahead of the field.

Damian Cole/Ian Davis were amongst four crews who took the wrong direction for part of the route and were awarded the hefty wrong test penalty. The crew withdrew when they became aware of the penalty.

Test 2, for part of its route, used the quarry section at the northern edge of the complex, as well as fast sections interspersed with tight manoeuvres. Dan Morris/Geth Johnson were faster here, seven seconds quicker than BTRDA contenders Steve Retchless/Sasha Heriot. Davies/Bloxham were third and retained their lead.

On this test, Ethan Davies/Owen Dodd became victims of Caerwent’s notorious kerbs; they damaged the back axle of their Puma. They cut out Test 3, returned to the Paddock and managed to repair the damage in time to tackle Test 4.

Jukes/Morgan were quickest on Test 3, having lost time with an overshoot on Test 2. Davies/Bloxham were second and ended the first loop of stages with a lead of 16 seconds over Jukes.

Test 4 to 6 were a repeat of the first three. Davies/Bloxham were fastest on two of them and ended the second loop with a lead of 30 seconds. Some pressure had been removed for them when Jamie Jukes’ Astra developed overheating problems and he was forced to retire. David Comley/Richard Barnes also went out at this point, bending a bottom arm on a kerb.

The low slung Toyota MR2 of John Sedgwick/Iestyn Pynn got wedged on a block on Test 5. They had to use the car’s jack and planks to get the MR2 free, but, after picking up a test maximum, continued and finished the event.

Morris/Johnson were now in a comfortable second place. The leading Semi-Expert crew, Lewis Davies/Craig James, used their knowledge of Caerwent to good effect, took fastest time on Test 4; they were now in third place.

Dafydd-Sion Lloyd/Dafydd Evans were in fourth at this point, but were forced out of the event on Test 10 after they bent a rear hub of their Peugeot 206 on a kerb.

The direction of travel was reversed for the second half of the rally, with the tests being roughly in the opposite direction to those of the morning.

Gary White/Bradley White were quickest on Test 8; they were the clear leaders in the Clubman category, being over six minutes ahead of their nearest rivals. The pair then took fastest time on all of the last three tests to overhaul Lewis/James to be the third fastest crew of the day.

The top two positions remained the same as they had been since Test 4, with Davies/Bloxham finishing 40 seconds ahead of Morris/Johnson to make it a Puma 1-2.

Philip Carl Powell/Jodie Powell were added to the retirement list on Test 10; the clutch failing on their Fiesta.

Richard Yapp/Peter Cox had a character-building day in their quest to garner BTRDA points. Their Austin Healey Sprite picked up a puncture one mile into Test 1. Later in the day, they had to contend with another puncture and fuel pump issues. These set backs caused them to miss the last three tests, but they still managed to be classified as finishers.

With three rounds completed, John Davies, now has a clear lead in the BTRDA Drivers’ table, having won all three events. The victory gave Nick Bloxham two wins in one weekend, as he had navigated Stephen Owen to first place on the previous day’s Hughes Rally.